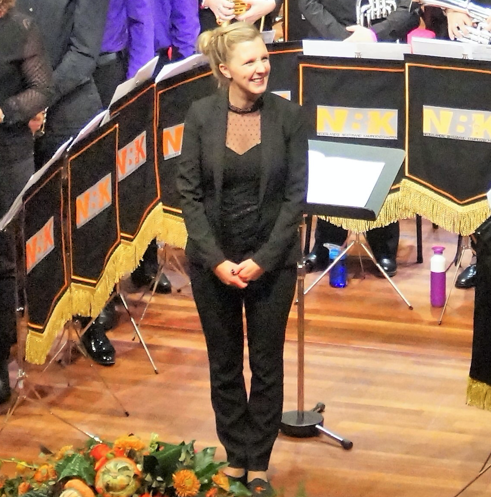 “Brassband Heman has been a leading band in the 1st division for many years and has won several Dutch champions a few times a difficult period began in 2014, many members stopped and only a handful of musicians remained. A plan was made to get Heman back on the right track, a recruiting campaign and former conductors who took turns conducting made the band viable again and in 2017 the band had almost completed the occupation, but how further? An application procedure was started for a new conductor. Aline Werkman – Schipper became the conductor. She went to work with a group of which some never played in a brass band or had competition experience November 2018 there was� a competition, Heman won the 1st prize and had the highest daily score! Confidence was growing, could Heman be able to participate in the Dutch Brass Band Championships again? After many band discussions, it was decided to try again in the 4th division. There was confidence and the atmosphere was good. The preparation for the championship beheld lot of rehearsal, a study weekend and 2 try-outs. Aline turned Brassband Heman into a group that made music with daring and passion (again)… and in October 25 in Tivoli Utrecht, Heman became Dutch Champion in the 4th Division under her leadership!!”